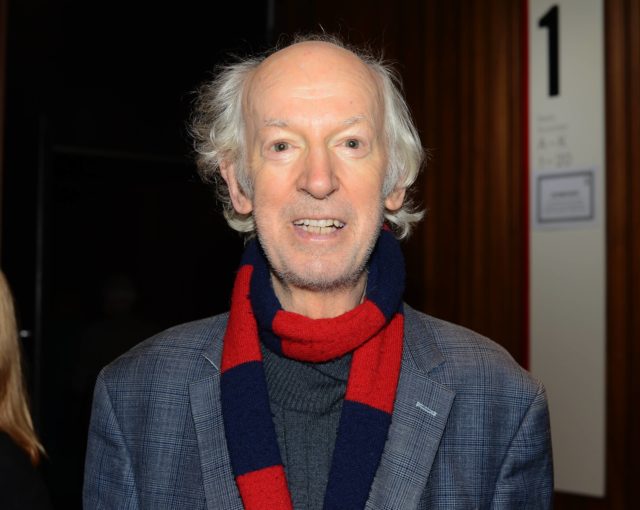 Tributes are continuing to pour in for Irish actor Tom Hickey as he sadly passed away over the weekend.

Tom, who was in his 70s, was diagnosed with Parkinson’s Disease back in 2013, spending the last 8 years battling the illness.

The Kildare man was best known for his role as Benjy in the Irish soap opera The Riordans. Tom also played roles in beloved Irish and UK films such as Inside I’m Dancing, The Butcher Boy, and Breakfast on Pluto.

“It is with great sadness that Sabina and I learned of the death of Tom Hickey, one of the greatest actors of his generation, giving over six decades to his profession.

“He leaves an indelible imprint on Irish theatre.

“He will be so missed. It was a privilege to know him as a friend.”

Statement from President Michael D. Higgins and Sabina Higgins on the death of Tom Hickey: https://t.co/fmp8P4NdJl

Another life-long friend of Tom, Alan Glisnan shared a moving tribute to his friend, saying that he was “happiest when he was working”

My great friend Tom Hickey – who died this evening – was always happiest when he was working.. Here’s a brief performance of Beckett’s Da Tagte Es that we filmed not too long ago… Exit stage left, love & applause please. ⁦#tomhickey #irishtheatre pic.twitter.com/VZYVOg8246

Irish actor Chris O’Dowd also paid tribute to the screen-star, remembering fondly the time they worked together on the set of Moone Boy.

We were lucky enough to have Tom Hickey join us on Moone Boy and he was wonderful, as always. Very few are capable of such divelment and empathy in a single look. Rest well Tom, thanks for sharing your talents with us all.

While another woman shared a memory she has of Tom during her first job.

At 17, I had my first job in the The Servant of Two Masters at the Abbey. Asked to stand in for a dancer, Tom Hickey noticed me practicing her routine. I’ll never forget the sight of Tom in the wings, missing his moment in the Green Room, applauding mine. 💔

Our thoughts are with Tom’s family and friends at this difficult time.