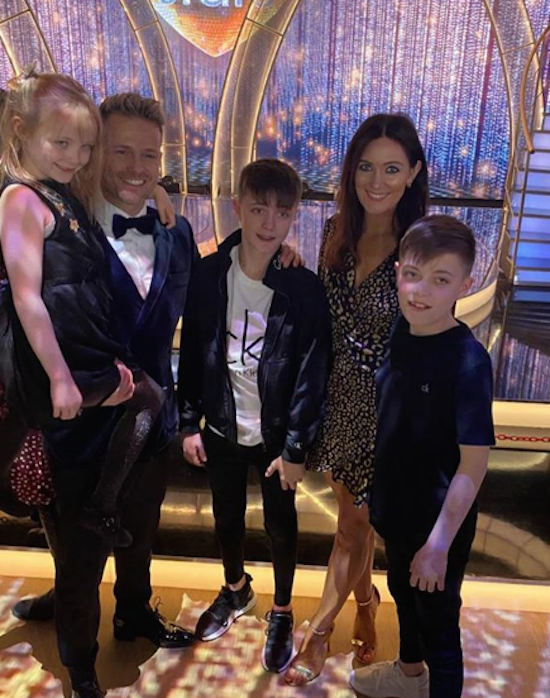 Nicky Byrne’s family looked happier than ever, as they attended Dancing with the Stars this weekend to support the host.

Joined by his beautiful wife Georgina and three kids Rocco, Jay and Gia, the Westlife star beamed with pride and adoration.

“Family visit to DWTS,” Georgina said alongside an adorable snap of them all.

As well as enjoying the show, the kids got to have a look around backstage, and have a peek at what their dad really does. 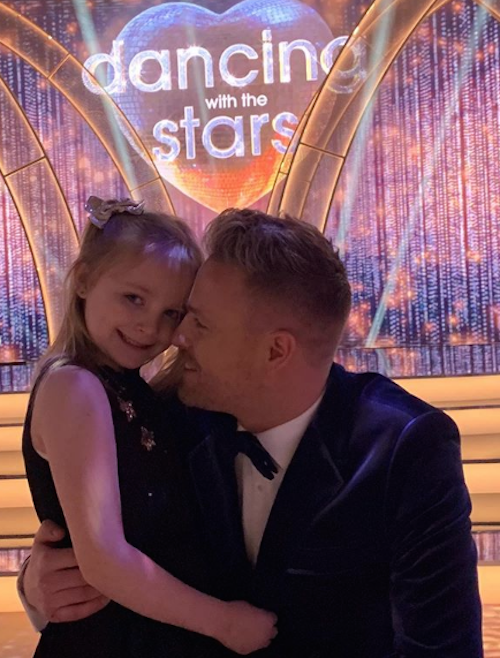 Nicky has worked on the show since it first launched, and four seasons later, he’s even more in love with the dance competition.

No stranger to such a show, Nicky appeared on the UK version in 2012.

He was partnered with Karen Hauer and the pair became the ninth couple to be eliminated from Strictly Come Dancing.

Speaking of that experience, he previously said, “It has been just so much fun. It is the biggest and best show in the world.

“Karen, every week, every day, has been incredible. We had a bit of a shaky start in terms of judges and stuff, but we just seemed to improve.

“I have to say thank you to the judges – you have been absolutely amazing with all your advice, all the people backstage – even the people that get you your coffee – I am going to miss the whole thing, it’s been an amazing experience.”