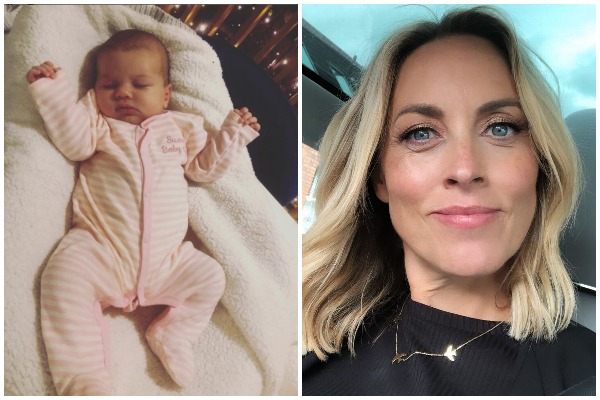 Kathryn Thomas has detailed every new parent’s worst nightmare as she shared that her daughter Grace was taken to hospital for breathing difficulties shortly after she was born.

The tiny tot was fighting bronchiolitis at just 4 weeks old when she was admitted to A&E. Handed over to the doctors at Crumlin Children’s Hospital, Kathryn shares how she ‘fell apart’ watching her newborn be taken away for testing.

“I was fine until I got to the door of the emergency department and then I fell apart,” she told the RTE Guide.

“You hand over the most precious thing in the world to people you don’t know, but who you trust implicitly”

However, in very capable hands, Grace was quickly examined and the root of her issues was discovered.

“I knew instinctively it was nothing like that, but they had to take those preventative measures, including giving her intravenous antibiotics, just in case it was sepsis or meningitis.”

Discovered that little Grace had bronchitis, she was soon able to return home where she has gone from strength to strength since.

“The staff were incredible, they’re walking angels, and after three days we were home and all was well”

Kathryn and husband Padraig McLoughlin already share a three-year-old daughter together, Ellie. Taking her big sister role very seriously, Ellie and Grace are bonding as siblings, with Kathryn sharing that this time is precious for any young family.

“With all the terrible stuff happening in the world, Grace has been a little beacon of light for me and a distraction from all the other stuff”

“She’s smiling like a good thing now and those little moments bring it all back, how it was with Ellie”