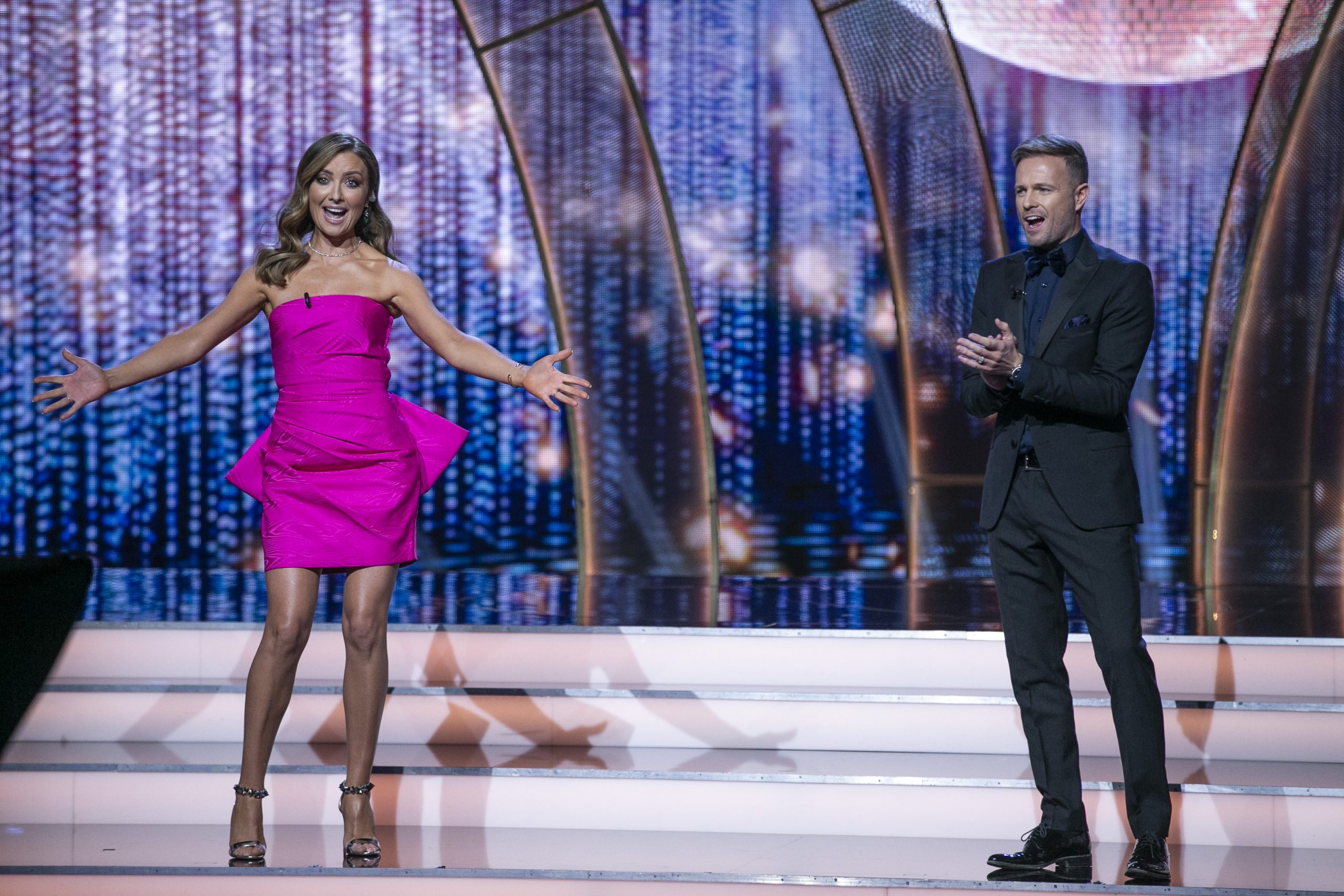 This weekend saw the second episode of Dancing with the Stars hit our screens, and we got to meet the next six celebrities who are battling it out for that illustrious glitter ball trophy.

The 12 couples have been split into two groups of six, and next week’s show will see all of them perform on the same night which also means we’ll see our first couple go home.

Making their DWTS debut over the weekend was Aengus Mac Grianna, Matthew MacNabb, Jordan Conroy, Erica Cody, Billy McGuinness and Ellen Keane and they did not disappoint.

First to hit the dance floor was former RTÉ News journalist and newscaster, Aengus Mac Grianna. He was joined by pro-dancer, Emily Barker for a cheeky charleston to Adam Ant’s Goody Two Shoes.

Thrilled with his performance Aengus said; ““Amazing, I enjoyed every bit of it. There was some fear there to drive you forward, but I loved every minute.”

Aengus and Emily scored a 16 from the judges with Brian Redmond commenting; “The best thing about this show, is seeing contestants in a different light. When you did get going, there was a lot going on. Connect with Emily a bit more, relax in the top part a bit more.”

Matthew MacNabb made his dancefloor debut, as he recovered from Covid just in time for this week’s performance. The Love Island star danced a steamy Viennese Waltz to Dangerously by Charlie Puth with professional dancer, Laura Nolan.

The pair scored a 13 from the judges with Loraine saying; “The storyline was beautifully played out. You’ve got to let go. Laura did well bringing in quick and slows. Tremendous effort for the first dance.”

Third out to the floor was rugby star, Jordan Conroy and pro-dancer, Salome Chachua. The pair wowed the judges with Jordan executing three lifts in their very first performance on the show.

The couple danced a salsa to Take You Dancing by Jason Derulo and scored an impressive 22 points from the judging panel.

Arthur was full of praise saying; “Felt so real. Incredible, it felt like a club. First dance – those lifts, I salute you. Hot , hot salsa.”

As was fellow judge Loraine Barry; “A lot to partnering skills and you need that for salsa. Middle section had a lot of freedom in the body. Bust a move and let more freedom into the body. Tremendous start, wow, wow, wow.”

Next out on the floor was Irish singer, Erica Cody who was joined by Ukranian pro-dancer, Denys Samson. They danced a lively and up-tempo samba to Kiss My (Uh Oh) by Anne Marie and Little Mix.

The pair absolutely wowed the judges and made Dancing with the Stars history as the first couple to ever score 24 points for their very first performance!

Speaking about taking part Erica said; “It was everything and more. He’s just amazing. It was straight back to basics – shake it. A whole new world for me. Denys is an amazing teacher. “

All the judges were full of praise for the couple with Arthur summing it up perfectly; “Week 2 dancefloor is already on fire. You came, slayed and conquered. Bravo.”

Alsan star, Billy McGuinness hit the dance floor next with new pro-dancer, Hannah Kelly. The couple danced a foxtrot to Monty Python’s, Always Look on the Bright Side of Life and scored 16 points from the judges.

After the dance Billy said; “I enjoyed it, it was nerve wracking and I want to praise Hannah. We’re enjoying ourselves, she’s the youngest, I’m the oldest.”

Judge, Brian Redmond said; “Always Look On the Bright Side of Life – My daily mantra – things to compliment you on. Footwork. Fun to beat the band. A few things to grumble – shoulders a bit high, I’ll be happy to have you hear for quite a while.”

The final pair to take to the floor, was Paralympic swimmer, Ellen Keane and Stephen Vincent. The couple danced a tango to Golden by Harry Styles and scored an impressive 21 points from the judges.

Loraine Barry commented; “I take my hat off to you. A loaded tango. You held your own. You were on your feet, in saying that I would have liked a few slower moments.”

Chatting about being on the show so far Ellen was full pf praise for her partner; “I’m good at doing one thing over and over. I’m so glad it’s over. When Stephen has been figuring dances, he hasn’t been adapting for my arm. If we need to we will, but so far it’s been great.”

All of the votes from shows one and two will carry forward to next week, at the end of which, the first couple will be eliminated.