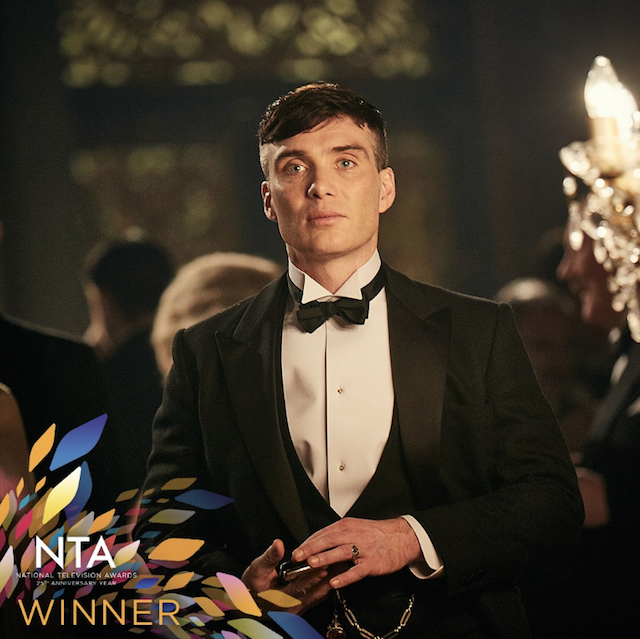 The Irish actor was honoured for his role as Tommy Shelby in BBC’s hit show Peaky Blinders.

Cillian didn’t attend the ceremony, so his co-stars accepted the award on his behalf, but the actor did leave a pre-recorded message thanking viewers for their votes.

He said that the award reaffirmed his thought that$ “Peaky Blinders fans are the best in the world.”

Earlier tonight, Cillian Murphy received the Best Drama Performance award at the #NTAs – and now he’s got a message for you. #PeakyBlinders pic.twitter.com/EX9JzVwhbh

Cillian’s award wasn’t the show’s only success last night; Peaky Blinders also picked up the gong for best drama, beating the likes of Call The Midwife and Killing Eve.

Well done to the entire cast and crew!