Chris Hemsworth has praised Irish artist Hozier as one of his favourites.

Fans of both Thor and Take Me To Church were delighted to see the actor and singer hanging out.

The pair were in LA, both set to appear on Ellen and got to chat backstage.

Chris took to Instagram to share a video of the pair, where he joked about live streaming a performance before Hozier got the chance to sing on the Ellen Degeneres Show. 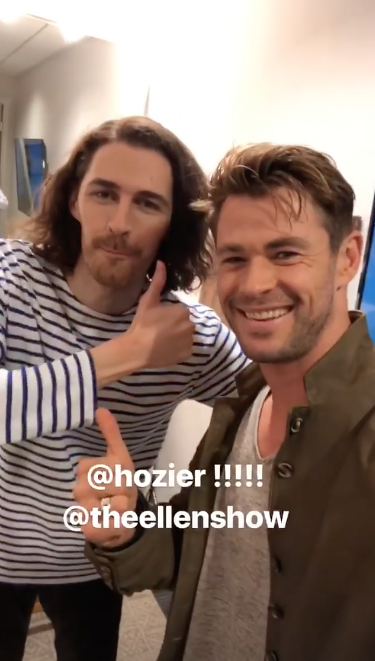 He later shared another photo which he captioned: “One of my favourite musicians.” 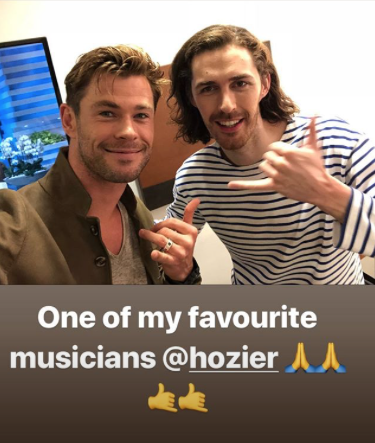 Hozier reposted the snaps on his own page, describing Chris as a gentleman and a legend.

It’s not the first time these two met, as almost four years to the day, the pair posed for a photo in Byron, Australia.

Was lucky enough to meet @zacbrownband and @chrishemsworth after the set at @BluesfestByron last night. Amazing guys pic.twitter.com/r5ciUx9WGR

We love this friendship!

We can’t wait to see this BABE on Graham Norton tonight!