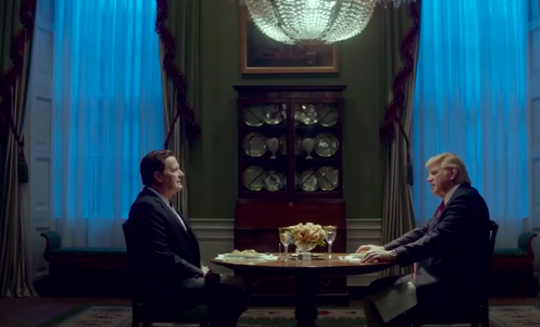 The trailer for The Comey Rule has been released showing the first real look at Brendan Gleeson as Donald Trump.

In the trailer, posted to Showtime’s social media platforms, we hear Gleeson speak with his voice sounding almost identical that of Trump.

The two part series follows the book A Higher Loyalty written by James Coney about the 2016 presidential elections and the aftermath.

Showtime has said the show will be “an immersive, behind-the-headlines account of the historically turbulent events surrounding the 2016 presidential election and its aftermath, which divided a nation”.

The series also features the character of Barack Obama who is being played by Kingsley Ben-Adir.

It will air in the US on September 27th, but it’s not yet known if it will be available on Irish screens.