A congratulations is in order as actress Amy Huberman and rugby player Brian O’Driscoll are celebrating their 12th wedding anniversary.

And in honour of the special occasion, Amy posted a tribute to her husband, but not a traditional one.

Sharing a snap of Brian beaming as he looked on at footballer David Beckham. Captioning her post, “Find a husband who looks at you the way mine looks at David Beckham.”

Amy’s pals could get enough of her hilarious tribute, sharing their love for it in the comments.

Dawn O’Porter wondering; “Why aren’t you looking at David Beckham tho?”

While Conor Moore said; “We all look at Becks like that”

For their 10th wedding anniversary in 2020, the pair went all out and  returned for a stay at their wedding venue, Lough Rynn Castle in Co. Leitrim, to mark the occasion.

At the time Amy revealed that she hadn’t been back their since the big day; “So lovely to be back @loughrynncastle Leitrim where we got hitched, only took us ten years to get back here!” 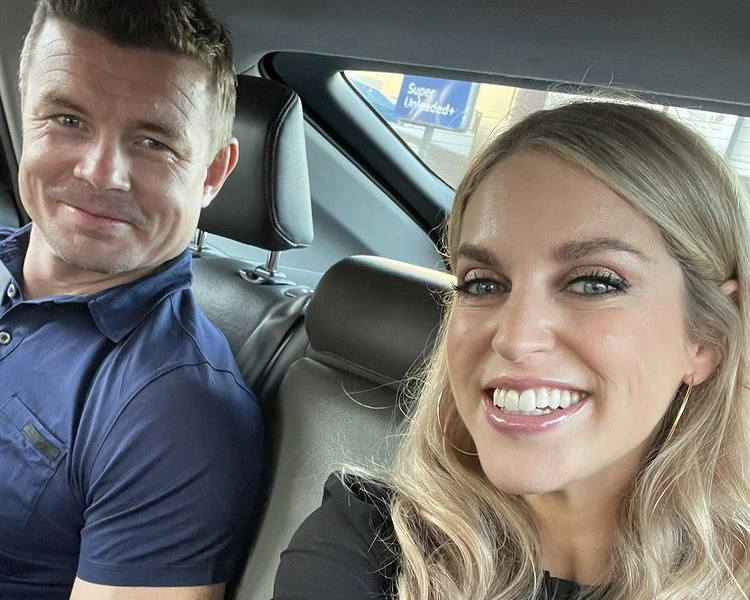