The Irish are really pulling it out of the bag this awards season and we just love to see it! Kildare native, Aisling Bea has been nominated for a BAFTA for Best Female Performance in a Comedy Programme. This is for her role in comedy, This Way Up which was released last year.

Sharing her delight at the nomination she and her sister both received nominations for the upcoming awards; “Ahh! Everyone my mother has ever given birth to has been nominated for a @bafta – over the moon with the nom but doubly proud that my real life sister Sinéad Kidao @thecostumedirectory has been nominated for best costume for Pursuit Of Love.”

“We feel as cool as the sisters in Frozen.Thank you to everyone who helped make #ThisWayUp.”

Continuing, she went on to pay tribute to her sister Sinéad Kidao’s BAFTA nomination, which she has received for Costume Design for period drama, The Pursuit of Love.

She said; “Just another moment to celebrate my sister Sinéad’s @bafta nomination & glorious work on #pursuitoflove – so proud. It’s all on BBC & Amazon if you haven’t seen it & was one of the first UK productions back in 2020 post lockdown.”

“Directed by @emortimer . #ThisWayUp is a love letter show I wrote about\to sisters & us both being nominated for BAFTAs today & getting to ring our Mam this morning & tell her would have made a great episode.”

This is not Aisling’s first BAFTA nod, as she scooped her very first award in 2020 for her role in the first season of This Way Up, where she won the Breakthrough Talent Award.

In 2020 the award were held virtually and in her acceptance speech, which was through video link, she said winning was an “absolute dream come true.”

Aisling also dedicated her win to her late father, Brian, who passed away when she was just three years old. Sadly, he was the same age that Aisling is now, 36 as she said he “didn’t get to be any older” than she is today. 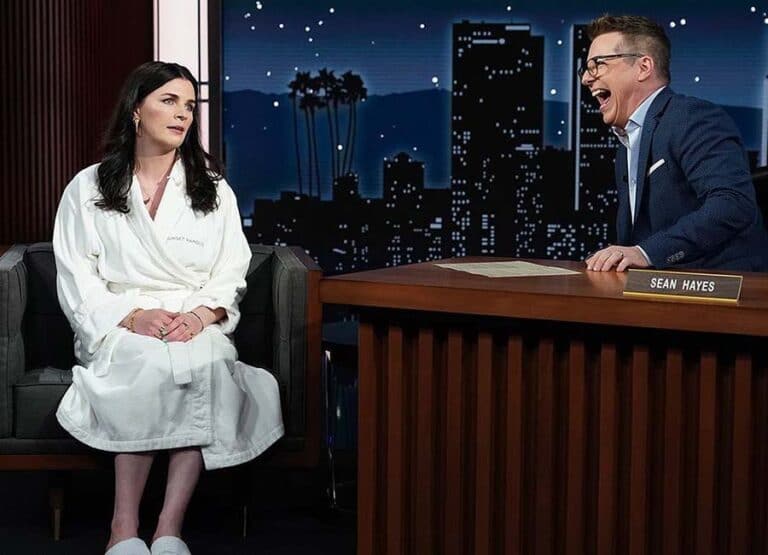