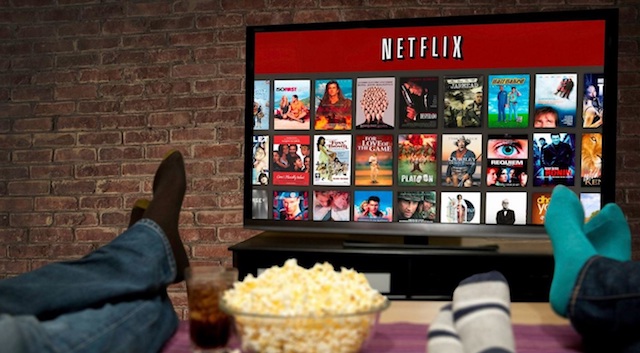 Whether you’re heading out to a parade, donning some green accessories or doing nothing at all, Netflix have you covered for the long weekend.

There are plenty of Irish titles on the streaming service, from shows set in Ireland to Irish made productions.

There are hilarious tv shows, gripping films and even comedy, ensuring there is something for everyone.

Check out 23 titles that will keep you entertained over Paddy’s day weekend.

Can’t Cope Won’t Cope
In Dublin, friends Aisling and Danielle must come to terms with adulthood with their millennial hijinks and hangovers begin to wear off. Stars Seána Kerslake and Nika McGuigan.

Cardboard Gangsters
A low-level drug dealer decides to move up the ranks of the illegal narcotics trade in Darndale, Dublin, putting him and his gang on a violent path.

Cured
The Zombie apocalypse is thwarted by a cure for the virus. But now the antidote is found, who will fix a broken society?   Stars Ellen Page, Sam Keeley and Tom Vaughan Lawlor.

Damo & Ivor
A pair of loud-mouthed Dublin twins, reunited after being separated at birth, embarks on a wild road trip to search for their third missing sibling.

Dominion Creek
Three Irish brothers arrive in the Yukon during the Gold Rush hoping to strike it rich, but a powerful man and greed soon divide them.

Handsome Devil
A self-described outsider is sent to a rugby-obsessed boarding school, where he forms an unexpected bond with the star player

Hostage to the Devil
Follow the eerie story of Father Malachi Martin, a disenchanted priest whose belief in demonic possession would lead him to conduct several exorcisms

I.T.
An embittered IT consultant launches a stealthy attack against a wealthy businessman by turning his state-of-the-art smart home against him. Stars Pierce Brosnan.

Katie
The critically acclaimed and award-winning Katie Taylor documentary KATIE directed by Ross Whitaker is now on Netflix. KATIE which has been wowing audiences since it picked up the Best Irish Feature Documentary award at the Galway Film Fleadh last summer intimately follows champion boxer Katie Taylor as she attempts to rebuild her career after a year of turmoil threatened to derail her career. With many writing her off, Taylor decided to start again, and the notoriously private champion agreed to let a small crew document her attempt to rescale the heights. 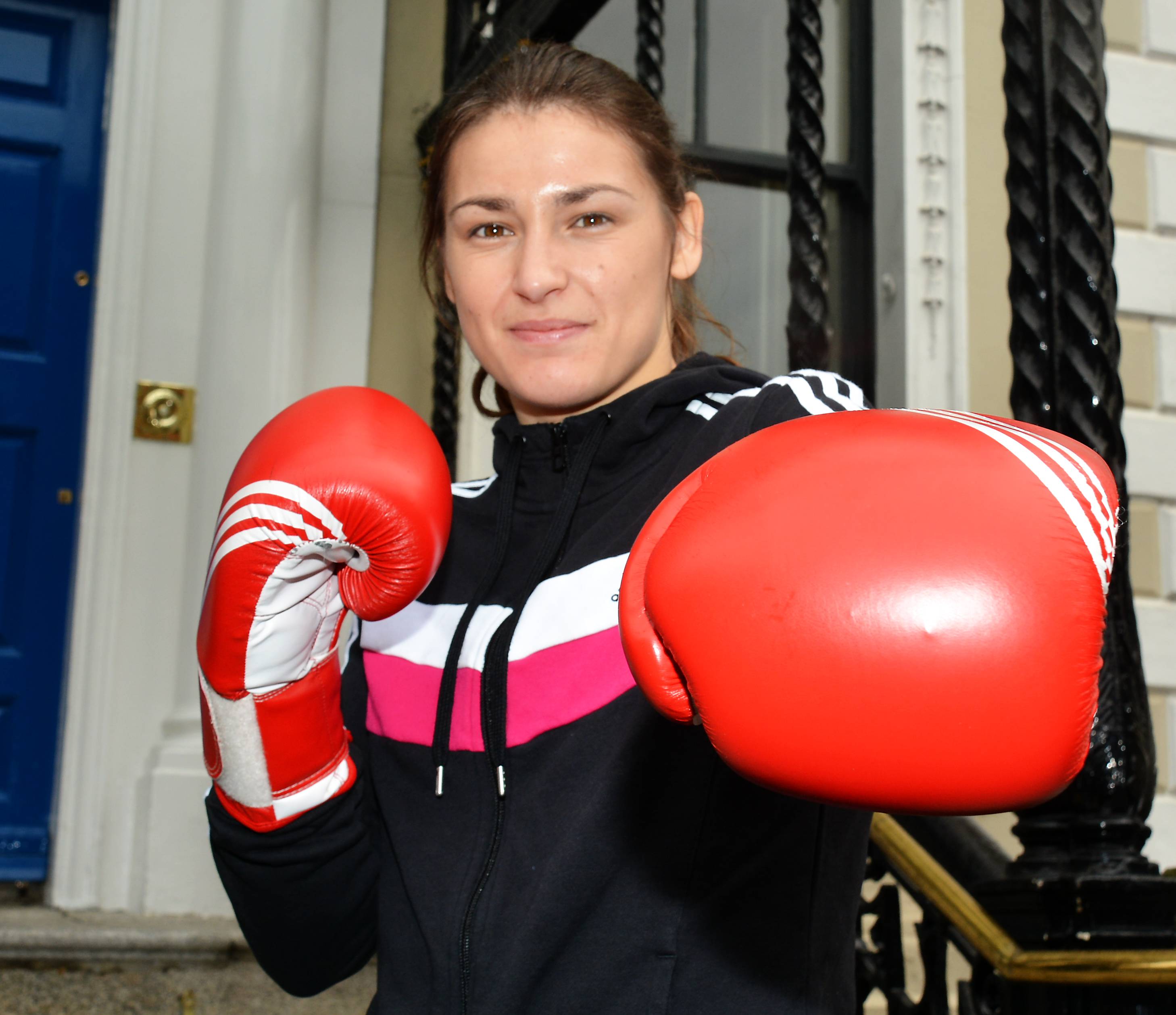 MAZE
When IRA member Larry Marley is sent to Northern Ireland’s Maze prison, her put his methodical and manipulative plan for a mass escape into action.
Michael Inside

The 34th
‘The 34th’ tells the story of the driven and dedicated people who formed Marriage Equality in Ireland and developed it into a highly effective grassroots force with one clear goal in mind – the extension of Civil Marriage to same-sex couples. Through revealing interviews and archive material, former board members and staff outline the strategising, fierce battles, sheer hard graft and personal cost of running such an all-consuming campaign.  From the KAL (Katherine Zappone & Ann Louise Gilligan) case to a YES vote on 22nd May 2015, this documentary spans a decade culminating in the 34th amendment to the Irish constitution, allowing same-sex marriage.

The Foreigner
After his daughter is killed by terrorists, a sullen restaurateur seeks the identities of those responsible and travels to Ireland to take vengeance

The Hardy Bucks Movie
Party-loving Irelanders plan a road trip to Poland to take in some soccer and sights.  But their journey veers way off course when they hit Amsterdam.

The Irish Mob
This documentary crime series charts the rise of the Irish Mob in America, from urban immigrant poverty to political power and wealth.

The Siege of Jadotville
The Siege of Jadotville tells the true story of Irish Soldiers who were besieged by overwhelming enemy forces while on a UN peacekeeping mission in the Congo.  The heroes led by Commandant Pat Quinlan fought for five days and heroically defended their outpost.   A Netflix Original film, based on the book Siege at Jadotville: The Irish Army’s Forgotten Battle by Declan Power.  Stars Jamie Dornan, Jason O’Meara, Mark Strong and Sam Keeley. 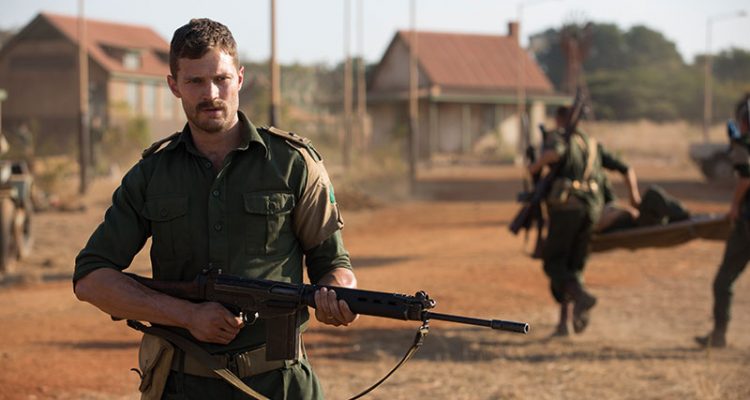 The Young Offenders
The movie that preceded the successful tv show is on Netflix. Never ones to think things through, two Irish teens steal bicycles and set off to the coast to find a bale of cocaine from a smuggler’s capsized ship. 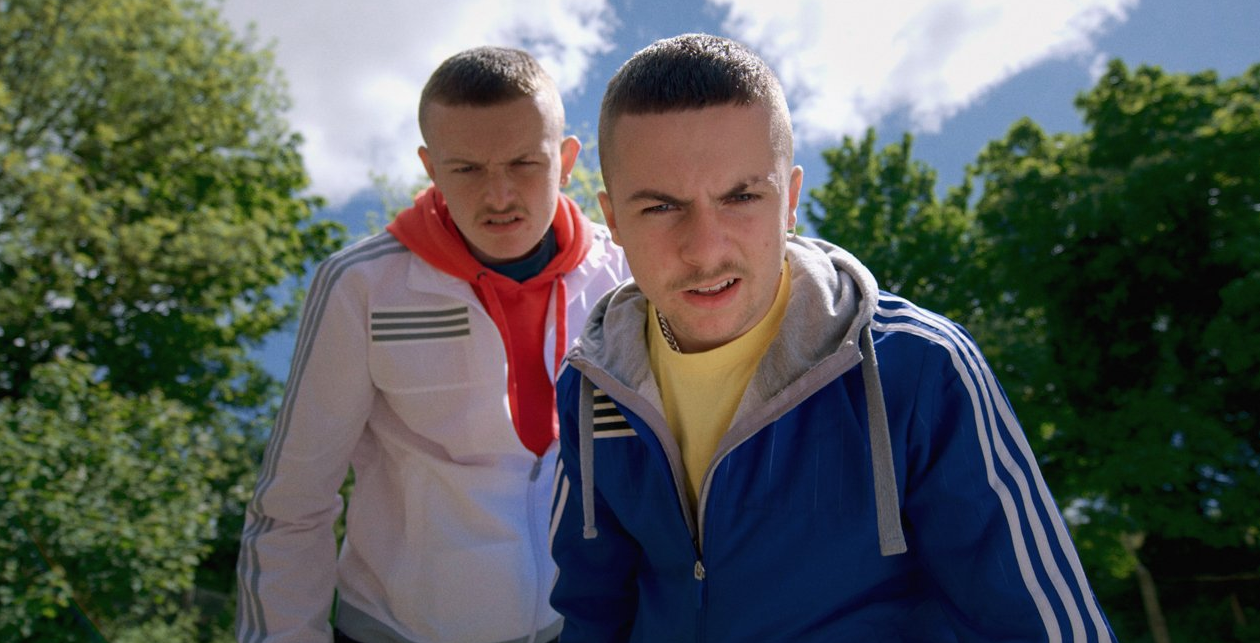 Trailer Park Boys live in F**kin Dublin
Not exactly Irish but the Trailer Park boys come to Ireland after winning a contest to see Rush but are arrested by immigration and must perform a community service puppet show.

Trespass Against Us
A man from a criminal family yearns to break away and find a better life, but his father’s staunch opposition puts his dreams of freedom in jeopardy.

Wake Wood
After losing their only child in a dog attack, two parents discover a pagan ritual that will grant them three more days with their deceased daughter.