The bobbed haircut is a classic that never truly goes out of style. Since its rise to popularity 100 years ago during the 1920s, the bob has reigned supreme. But unsurprisingly, over the course of a hundred years, the humble bob has evolved.

The 60s saw a sleek and short mod interpretation of the do. The ’90s were all about the layered razored look, a.k.a. The Rachel, popularised by Jennifer Aniston after starring in Friends. The noughties had the cropped A-line bob with longer face-framing pieces in front á la Posh Spice. While the 2010s saw the rise of the longer bob creatively named the lob and the shorter beach waved bob.

It is only fitting that on the bob’s centenary, it is rising in popularity again. But what styles will be dominating this decade? Well, it seems we will be taking cues from our favourite influencers who have all begun to rock the style.

Louise shocked everyone by cutting her long locks into a bob back in January. But she just debuted an even shorter look. Louise’s bob still has some length, reaching her shoulders, it is complemented by curtain bangs. This style is an excellent option as it softens most facial features and suits nearly everyone.

Charleen went for a sharp medium bob. The look is a bold one but offers endless styling options (which are all on display during a quick scroll through Charleen’s page.) If you like experimenting, this style is one for you, with endless aesthetic possibilities, you definitely won’t be bored.

Rosie embraced a wavy lob. The style is soft and delicate, giving beachy vibes all year round. A perfect option if you like to keep up with trends. It allows you to partake in any and all fades, including the current Dyson Airwrap wave phenomenon.

As a professional Irish Dancer, Ruth knows the importance of good hair. Her absolutely stunning style is a medium length bob with long layers to add a little extra volume. 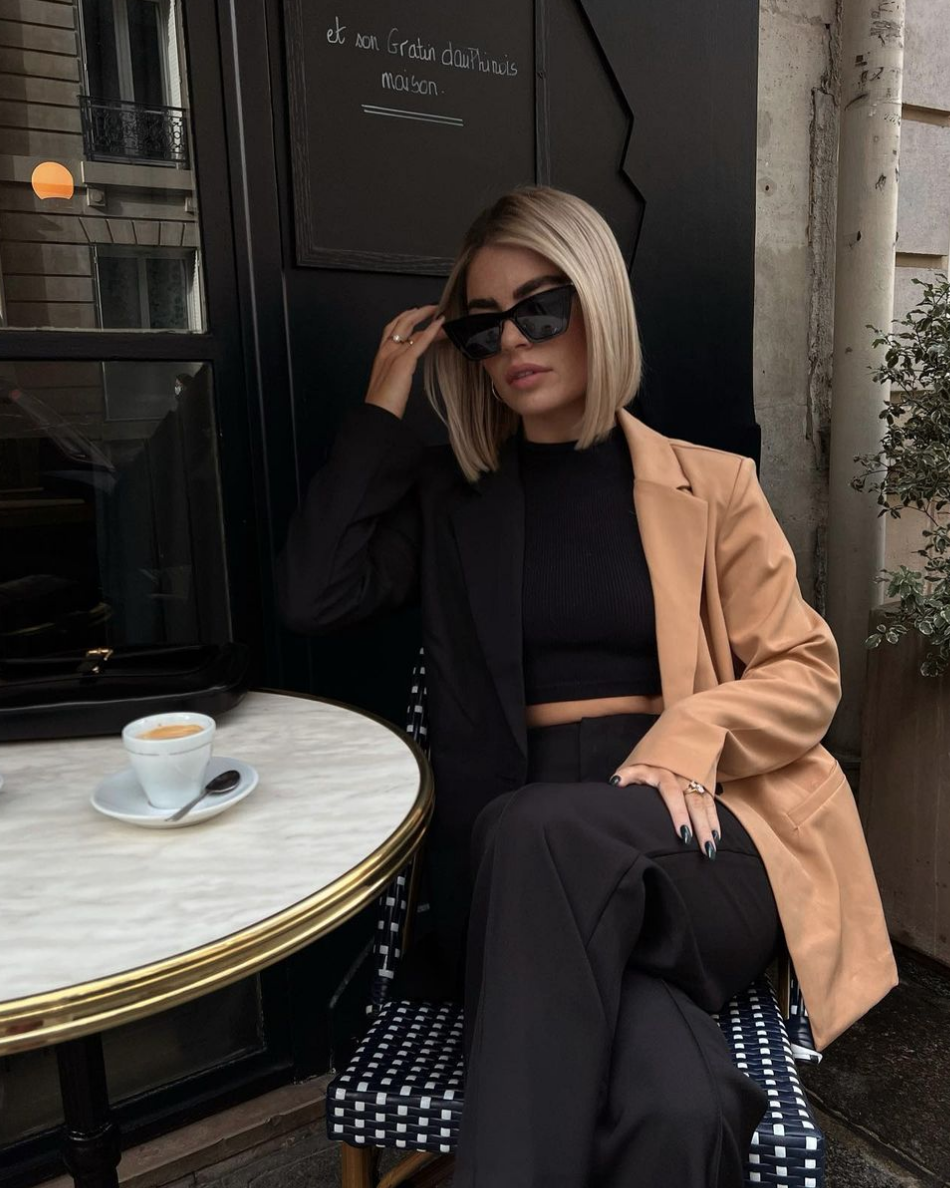 Lauren is rocking a modern take on a vintage style. Going for a subtle A-line that is slightly longer in the front. As mentioned, it was a big hit during the noughties, but Lauren’s version is less extreme, offering a beautifully sleek and subtle look.

Another curly girl rocking the bob and doing so fabulously, Louise, embraced an edgier look. A long bob with layers for that add volume and full fringe. Perfect for those with a looser curl pattern or natural wavy locks.

Former Miss Ireland Fionnghuala has found the perfect bob for those with tightly curled coily hair. Going for a short bob, which hits above her shoulders, with short layers for volume and bounce. She typically styles it with a middle part, which gives great shape.

Simone went for playful medium bob. The light layers add fantastic volume and give her look that stunning bounce. Meanwhile, her long curtain bangs add to the bouncy quality while framing and adding movement around her face.

Naomi might be known as The Style Fairy, but that doesn’t mean she’s embracing a pixie cut. Nope, Naomi is known for her iconic blonde bob. Going for a blunt short bob slightly above her shoulders and is usually styled with a side part.